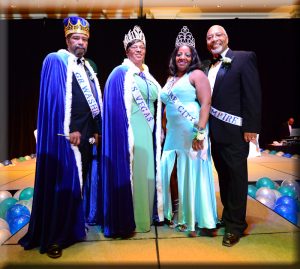 TNBA Week 2015 was held in Las Vegas, Nevada, May 21-31, 2015.  Our Headquarters hotel was The Orleans Hotel and Casino where all of our TNBA Week functions and most of our bowling were held.  This was a great TNBA Week, one of our largest in recent history.  Practically all of our squads were filed, our hotels (headquarters and overflow hotels) sold out and the weather was perfect.  All of our TNBA Week activities were successful.  We plan to keep this momentum going throughout 2015 and 2016!!

TNBA Week 2016 will be in Dallas, Texas (May 19-29, 2016).  The headquarters hotel will be the Westin Dallas Park Central.  Be sure to make your reservations early as we do expect these rooms to go quickly.  The official housing form will be available on line before the end of September.

Here are some highlights from TNBA Week 2015:

GOSPEL FEST – The Orleans
Sunday, May 24th
Rejoice in the spirit with our fellow TNBA members and friends!

MEMORIAL SERVICE
“In Memory of our departed Members”

Tickets offered on a first come, first served basis, only.